Lanzasurf is owned and managed by Evandro Muñoz. It was originally founded in 2006 as a Surf Sports Club, the “Club Deportivo de Surf La Salta”. In 2012 it was reactivated and turned into a surf school, but kept its initial philosophy: to share our experience and our passion for surfing and make it possible for all, from beginner to advanced surfers, to enjoy exhilarating surfing moments with us.

Safety and teaching quality are very important to us: our surf instructors have a wealth of experience, are qualified by national and international surfing associations and are trained lifesavers. Lanzasurf is an Official Surf School of the Canary Islands Surf Association.

The material we use is high-quality and adapted to each student’s level and the tuitions are provided to reduced-size groups (max. 8 students per instructor) so we can provide you tailored advice in and outside of the water.

We believe surfing is all about sharing: we will put our heart into offering you an unforgettable surfing experience and making you feel comfortable and part of our family. 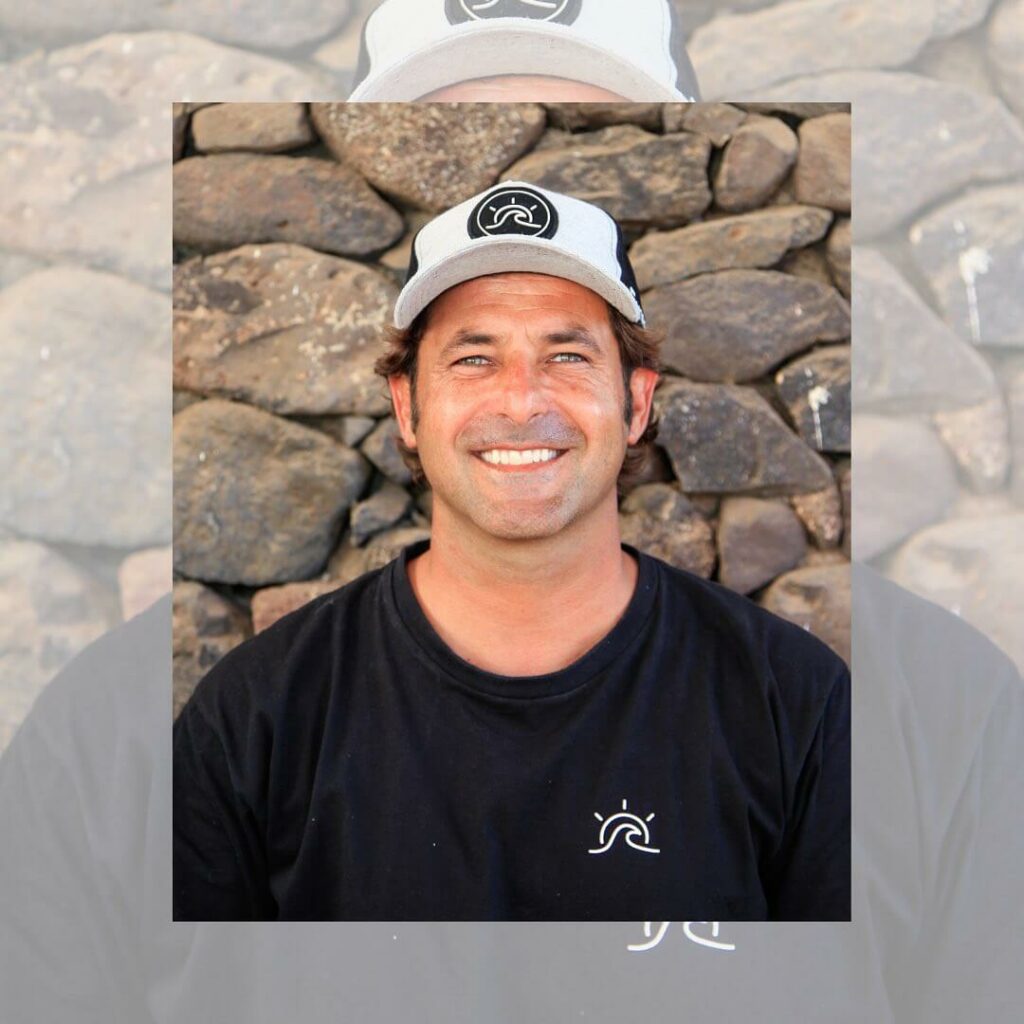 Evandro started surfing at the age of 6 in his hometown of Vila Caiçara, Sao Paulo, Brazil. He is a qualified Surf and Yoga instructor and has been teaching for the last 12 years.

He is also a qualified Surf Judge and has been called to work on several occasions on the Brazilian, Portuguese and Spanish circuits.

Evandro moved to the Canary Islands in 2004 and worked for a number of surf schools before setting up his own. He is Lanzasurf’s Founder and Chief Surf Instructor.

Lanzarote’s Waves and Energy help me live the Dream!! 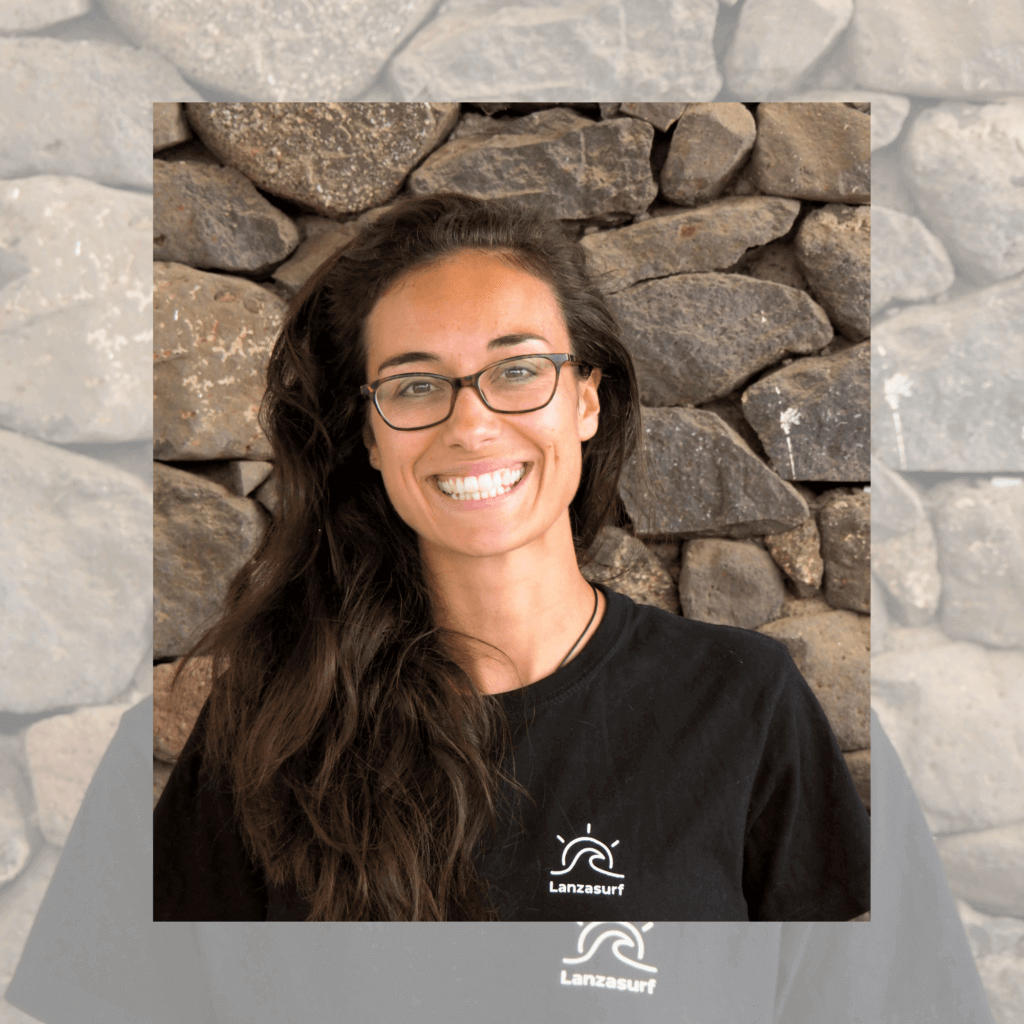 Carolina is from Madrid, she is a yoga teacher at Lanzasurf. With her small family she decided to come to live in Lanzarote to start a new life, and to introduce herself into the world of Surfing.

Since then, she also has worked as administrator in Lanzasurf. She is the one who will answer your reservations and all your questions.

The sun gives me warmth and illuminates my life and family!! 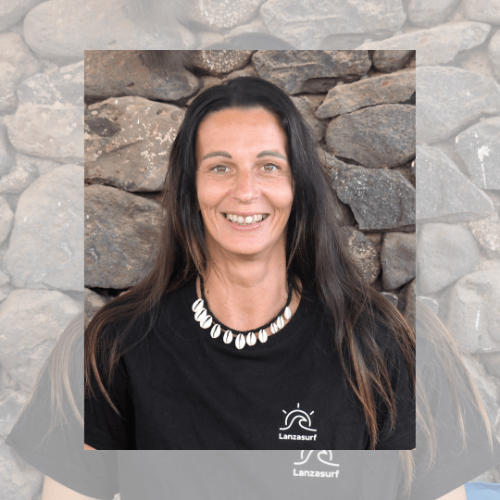 Chrissi came to Lanzarote to change her life completely, from being a nurse in Switzerland, to Shopkeeper at Lanzasurf. She loves to work with international people and island vibes, with surf in her free time.

You will meet her several times a week in the Surf School for arranging Surf/Yoga and Rentals.

The vibes of Lanzarote, together with the climate and the amazing ocean, make me so happy! 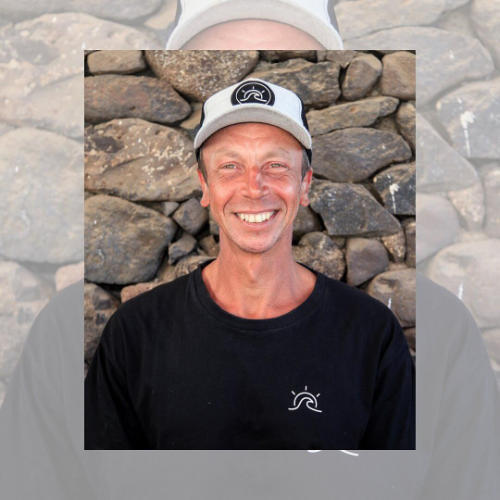 When Dejan was kid he has seen the movie Endless summer, from that moment he always wanted to try surfing. It was until 2005 he visited Lanzarote and had his first surf lesson.

With time and lots of practice in 2015, he got his ISA Surf Instructor license and Lifeguard licence and started to gain experience as an instructor.

He moved to Lanzarote and since then he enjoys helping first time surfers to have the best experience knowing this beautiful sport and he does it with a lot of passion.

I love my life in board shorts and flip flops in Famara! 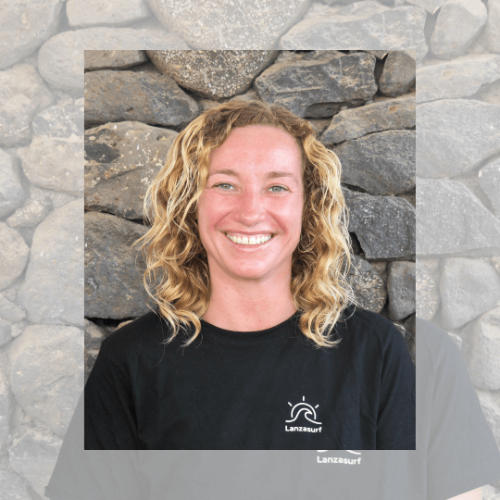 After escaping to several surf spots during the first lockdowns, Rosie decided that she did not want to go back to the city. You can find her now in and around Famara on her surfboard at least once a day.

Being an allrounder at Lanzasurf, you can find her working in the Surf School, answering your booking requests and questions, taking care of the website, and much more.

Everyone should try surfing at least once! 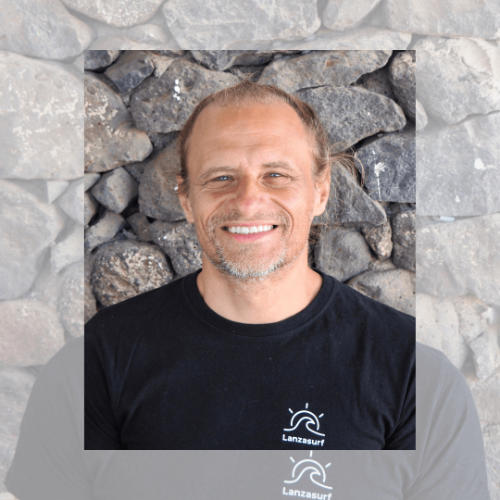 After many years of working in a hospital, he decided to change his life and let his dream come true by becoming a Surf Instructor at Lanzasurf. He is happy to share his passion for the ocean and surfing with you Lanzasurfers!
“For me, surfing is the true connection to mother nature! ” 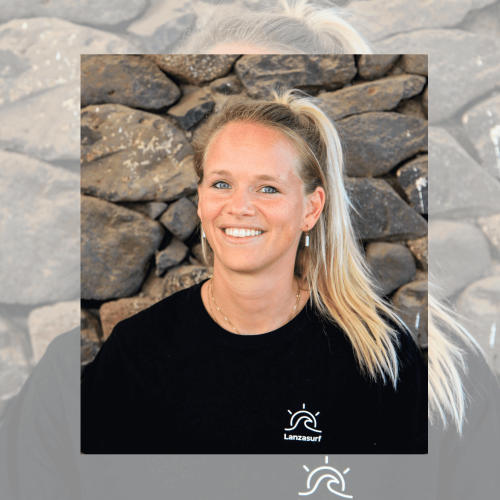 In the autumn of 2019, she came to Lanzarote for the first time and fell in love with the island with its beautiful nature and, of course, surf! She decided to move to Lanzarote permanently a year later to work for Lanzasurf and make surfing a bigger part of her life.
Since then she has been working on the webpage, social media, managing all the running things in the school and to professionalize Lanzasurf every day.
“After a workday i love to jump into the ocean for a surf session” 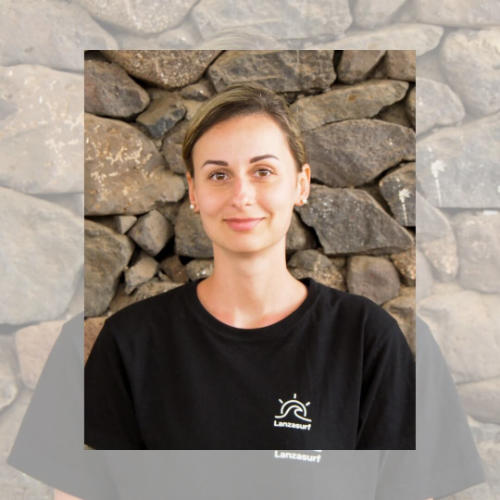 Sona has been practising yoga now for more than 15 years. What had started as something to help her to fix her back problems, soon became a lifestyle.
Once she decided to quit her corporate job in the Netherlands and started to travel around the world, it became clear, it was time to start sharing the love and passion for yoga and meditation. She has been teaching since. Student forever.
“After a workday i love to jump into the ocean for a surf session” 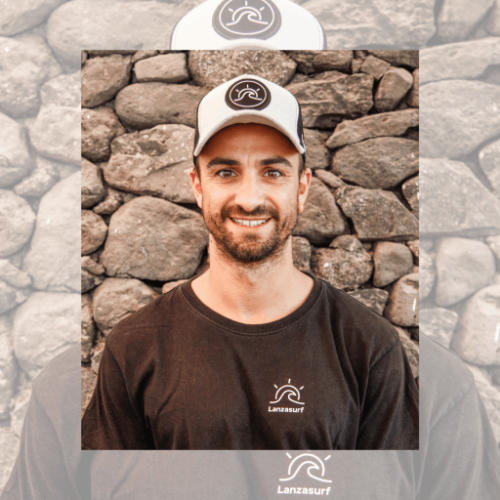 Marco is from Milan, he has loved and practiced sports all his life. His attraction to yoga led him to study, practice and eventually to become certified as a Vinyasa and Aerial Yoga instructor, in Thailand!

A new professional challenge brings him today to Lanzarote, where he shares his passion and experience with the Lanzasurf audience!

” Take care of your body and your mind! “ 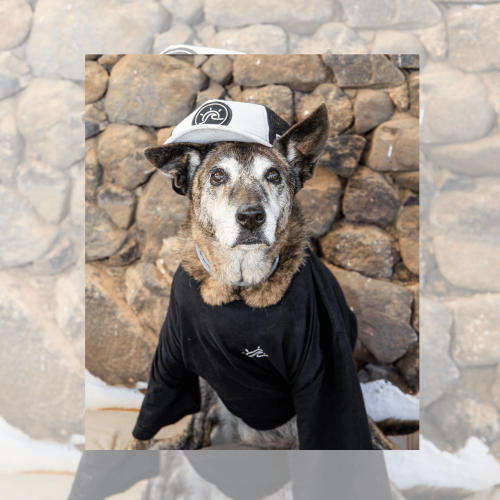 Chela is 13 years old. She was born and raised in the Canary Islands.

Although she doesn’t surf, she enjoys playing on the beach and in the waves and she experienced a few wipe outs in her teenage years. Formerly a professional flip-flop destroyer, she has now retired but kept her honorific title as Lanzasurf’s official pet.

FIND OUT MORE WHY TO CHOOSE LANZASURF

BOOK YOUR NEXT SURFING HOLIDAY WITH US NOW!